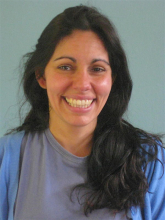 I arrived at Tiratnaloka in March 2015, after I was invited to come and live and work here. On my Ordination retreat I felt very strongly that being ordained was the most important thing I was doing with my life. I very much wanted to be part of supporting others to be ordained and that would very much benefit the world. I still feel that very strongly 6 years on. I was ordained in 2009.

I very much enjoy being on retreat and studying the Dharma with other women in all forms, including meditation, the Going for Refuge and Prostration Practice and so forth together.

I have come from the Colchester Buddhist Centre where I found the Dharma when I was around 24 years of age in 2000. In Colchester I was an active part of the Sangha, leading classes, taking Mitra Study, facilitating a Young Person's Group and I was also a Trustee.

My background prior to living and working here was been in mental health in Colchester, working for the NHS in Secondary Mental Health for fifteen years, having trained as an occupational therapist in 2004. I did very much enjoy my role and helping people, and working with people is something very important to me.